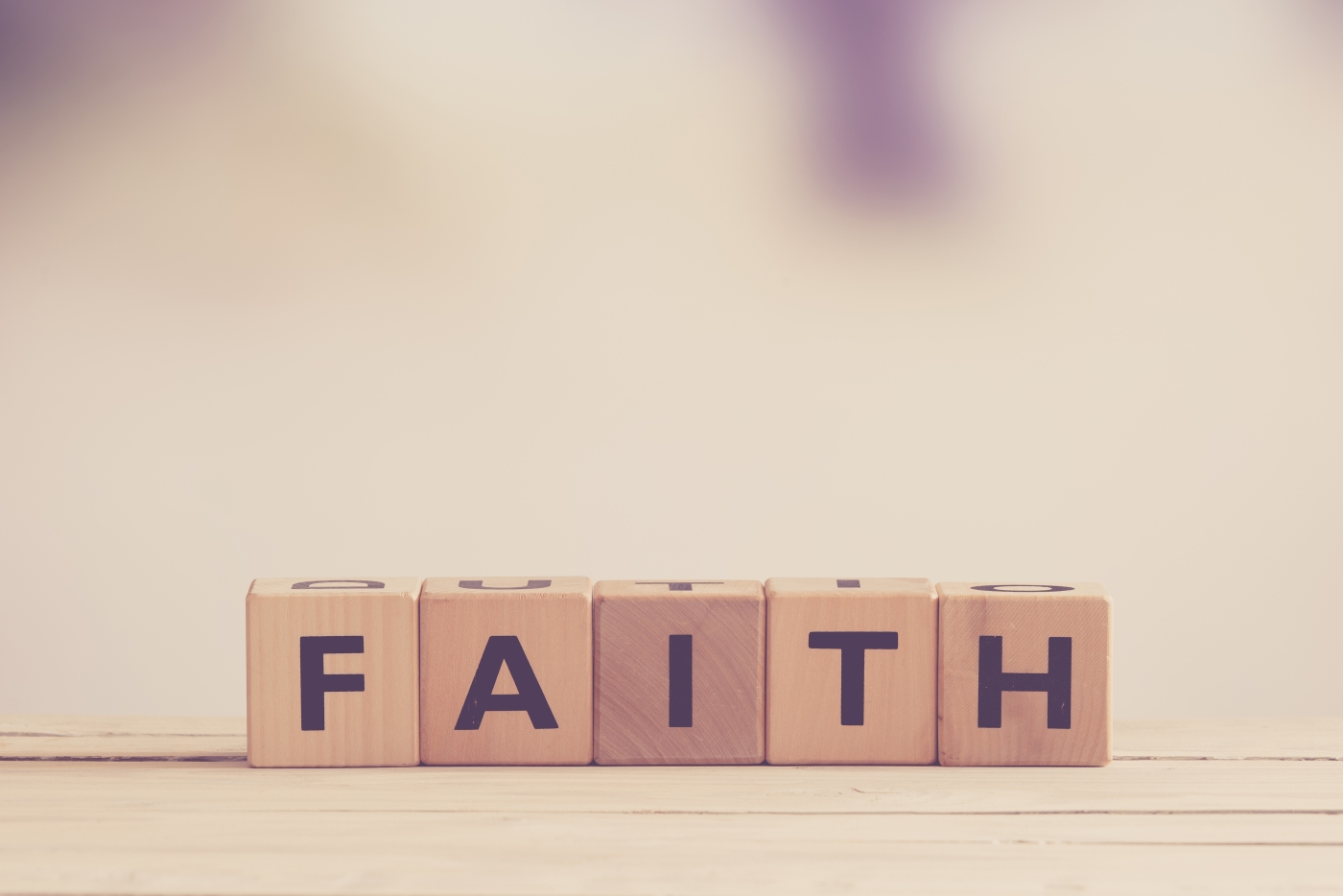 In one sense, faith in God is impossible. From the point of view of the lost sinner – blind to the action of God in the world and deaf to the words of God – faith is utterly ridiculous and one giant leap too far. Faith is only possible when the Spirit of God opens the sinner’s eyes to the unseen. Until that happens, the life of faith will appear to be utter nonsense.

To highlight this point, let’s look in on some of the lives we see listed in Hebrews 11.

Noah believed God’s warning of a coming flood and obeyed his instructions to build a giant boat to house both his family and a good portion of the animal kingdom. It’s not hard to imagine how people might have viewed Noah. There was no evidence for an impending flood – certainly nothing requiring a massive boat like the one Noah was building. Even if a flood came, would his ship really float? And why bother taking all those animals? To the eyes of the world, Noah looked like a lunatic. But Noah saw “things not yet seen” and based on that he put his faith into action by rolling up his sleeves (or tunic?) and building the ark God had instructed him to build. He believed the word of God even as everyone around him was ignoring it, and in the end his faith saved him and his family. Noah found safety in God’s ark and at the end of his watery trial, he stepped out into a new creation washed cleaned of all wickedness. That new pristine reality would not last long, but by faith Noah could see an even better day when all evil, including his own, would be completely wiped away and all creation would rejoice in its Maker.

Abraham received equally absurd instructions from God. He was to leave the comfort of home, the security of an inheritance from his father, and the familiar worship of his pagan gods. In exchange, he was to travel a great distance to an unknown land. As he packed his bags and readied his camels, you can imagine his father and mother trying to dissuade him from leaving. “You don’t even know where you are going Abram!” “You are putting your family at risk!” “You’re going to upset the gods!” But Abraham reasoned that the word of the Living God was more secure than all the comforts and guarantees of home.

When he arrived at the promised land and saw that it was already inhabited, he did not turn around and give up on the promise of God. Instead, he pounded his tent pegs into the dusty soil of a foreign land and decided to sojourn there until God might bless him with a more permanent home. Abraham showed remarkable trust in the unfulfilled promise of God because he considered that God was faithful and would do what he had said.  With eyes of faith, Abraham looked beyond the land of Canaan and saw a “better country – a heavenly one.” He knew that, just like his faded and frayed tents, life was fleeting. The only way to have a secure life was to head in the direction of the city built by God and seen by faith.

Moses made a choice to identify himself with a nation of slaves, rather than remain among the powerful in the palaces of a world superpower. When he compared the “treasures of Egypt” to the sufferings of God’s people, he chose the latter – not because he was crazy or stupid or didn’t know what those treasures could buy him in life, but because he knew that suffering momentary “disgrace for the sake of Christ” would bring him a lasting reward far superior to anything Pharaoh could offer. Moses saw what no one else in Pharaoh’s palace saw. He saw that the riches of this world are fleeting and cannot save your soul. Pharaoh’s power is limited and his wrath is nothing to fear. Moses also understood that the riches of eternal life are worth any amount of earthly suffering and Almighty God is to be worshipped in holy fear. Moses’ choice must have seemed incomprehensible to his Egyptian family. They saw clearly the difference between the Hebrew slaves and Pharaoh’s royalty. One group was slopping bricks together in the heat, and the other group was enjoying catered meals down by the cool of the Nile. They did not see as Moses saw and for that they missed out on the treasures of heaven. Moses suffered the “disgrace of Christ”, but in the end it will be Moses who will enjoy a place in God’s royal family.

Like Moses, Rahab had to make a choice of allegiance between two nations. She had to choose between the secure walls of Jericho where she was at home with her own people, and a life as a stranger among a wandering army of former slaves. When she found out that the two newest patrons of her “business” were actually Israelite spies she had a choice to make. The obvious choice was loyalty to her people and her city – go tell the king that enemy spies had snuck inside the city and were scouting it out for an attack. If Rahab had done this perhaps, she would have been celebrated as a heroine. Certainly she would have been doing her duty as a citizen of Jericho.

But instead, Rahab chose to side with the foreign spies and run the risk of being found out by her own people. When the king sent a message requesting that she hand over the spies, Rahab deceived her own people and sent them running in the opposite direction, ensuring a safe return for the spies. After duping the king’s men, she spoke to the spies directly and requested that they show her kindness and spare her and her family. Rahab and the people of Jericho had heard of the might and wonder of Israel’s God, but only Rahab decided to turn that fear into faith. Her friends and countrymen saw Jericho as worthy of defending to the death, while Rahab recognized that a people are not saved by the thickness of their city walls. Her people saw that the God of Israel was mighty and posed an imminent threat to their livelihood, but Rahab saw that He is a God unlike any others. He is both awesome in power and overflowing with mercy – even for a prostitute.

Rahab saw the unseen, believed it, and acted in faith. When she threw her scarlet cord over the great stones of Jericho’s wall and slipped her foot over the rough edge, she could hardly know that she was stepping into a long family line leading to the birth of the Saviour of the world. Yet, that is what faith does. It brings us into the realm of the unseen where we have a place in the family of God. It brings us into a city that can never be destroyed in a country far greater than any one of us can think or imagine.

2 thoughts on “Impossible Faith – Part One”