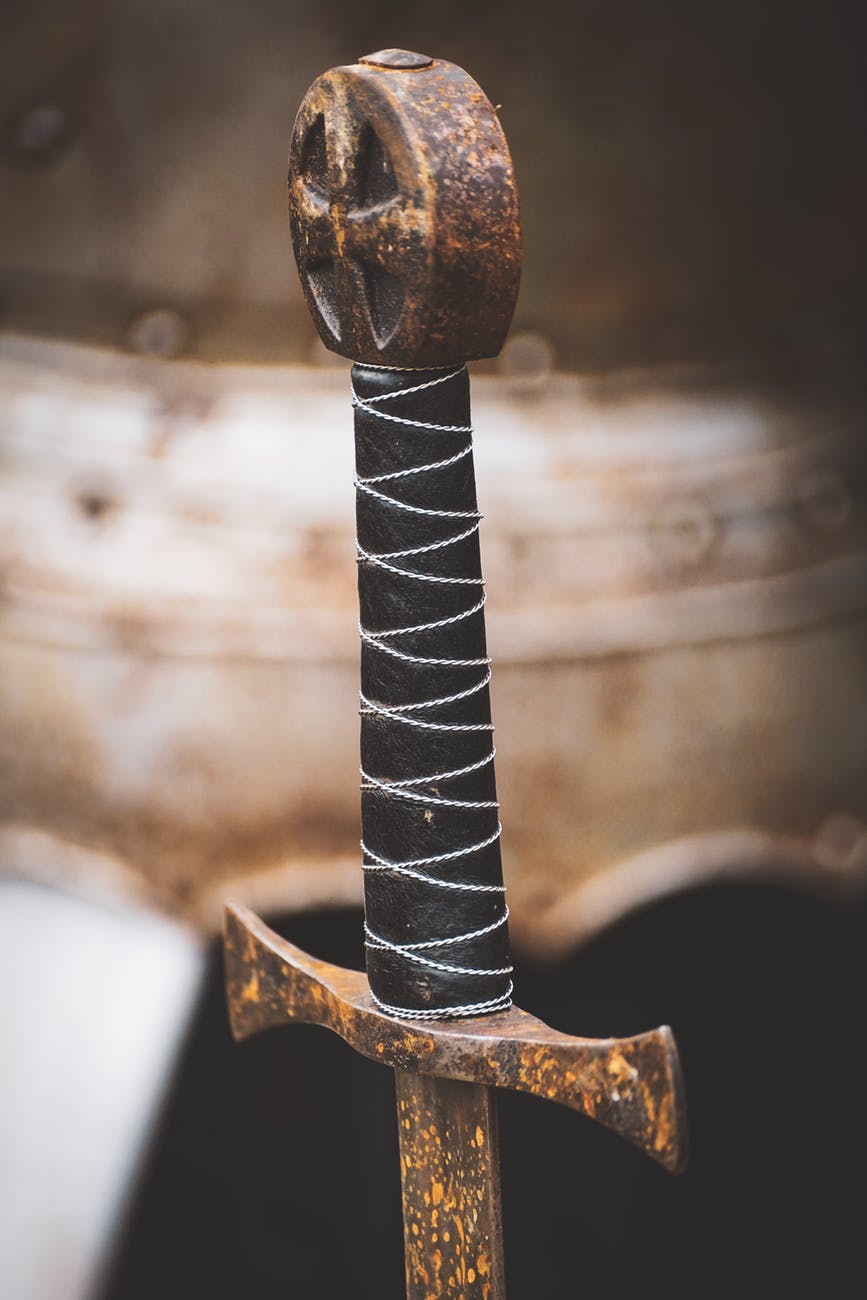 When Jesus came to earth to battle with the forces of evil and put an eternal end to sin and Satan, his choice of weapon is telling. Many in Jesus’ day, his disciples included, were expecting him to wield a lethal weapon and lead a mighty army.

In his gospel, Mark recounts how Judas the Betrayer came to Jesus to arrest him. As his disciple, Judas had been a close companion of Jesus and knew of his “battle-plan” against evil: Jesus had predicted his death and resurrection as the path to victory. Yet, on that dark night, Judas approached Jesus accompanied by a mob armed with swords and clubs, a clear indication of the type of fight they were anticipating.

But did Judas really anticipate that Jesus would put up a fight? The only act of violence Judas had seen from Jesus was the overturning of tables in an act of holy anger. Jesus preferred to wage war with his words. And besides, Judas was present when Jesus had said he was going to be handed over to the authorities and put to death. So perhaps Judas was anticipating resistance from his fellow disciples. If he was, he was right.

After Judas had given the signal, his mob moved in on Jesus. As they lay hands on Jesus to arrest him, Peter reacted with a flash of his sword, indicating the type of fight he had been anticipating. Peter’s sword-swinging resulted in a lopped-off ear for one of Judas’ co-conspirators, Malchus by name. The violence of Peter no doubt drew a little blood and a lot of rage from Malchus’ fellow mob-members. The subsequent retaliation could have ended in more blood or even loss of life.

This was an incredibly tense encounter for both parties, yet, in the middle of the swinging swords and spraying blood Jesus both acts and speaks. He acts by reaching out to his enemy and restoring his ear. This action speaks loudly. It indicates the type of fight Jesus was engaged in. His words further reveal the nature of the battle. He asks Judas and those with him why they had come with swords and clubs? Jesus does not wield a weapon or lead an army. He is not a criminal lurking in the secret shadows looking to stir up an insurrection against the authorities.

No, Jesus has taught in the public spaces of the temple and his ministry is open for all to see. The only sword Jesus possesses is his living words, sharper than any double-edged blade and piercing the soul, not the flesh. The only blood Jesus will spill is his own and the only life to be lost is his own.

What Judas, Peter, and the others did not understand is that Jesus came to kill sin and save sinners.  A sword would kill both. But divine, sacrificial-love kills the former and saves the latter. This is the nature of the fight. Jesus came to battle with the dark, evil forces which corrupt the human heart and leave the soul for dead.

It is true that at the end of this present age, Jesus will come with a sharp sword and an iron rod to violently overthrow the forces of evil. This will be a physical battle in every way. But in the meantime, Christian soldiers follow the battle plan set out by Christ at his first coming. We wield the hard-hitting, life-giving gospel. We gather armies of redeemed sinners who are called to love enemies and kill sin. We advance by humble prayer and are fueled by fasting.

We must understand the nature of the fight if we are to further the kingdom of God and gain victory over sin. If we do not, we may do more harm than good.