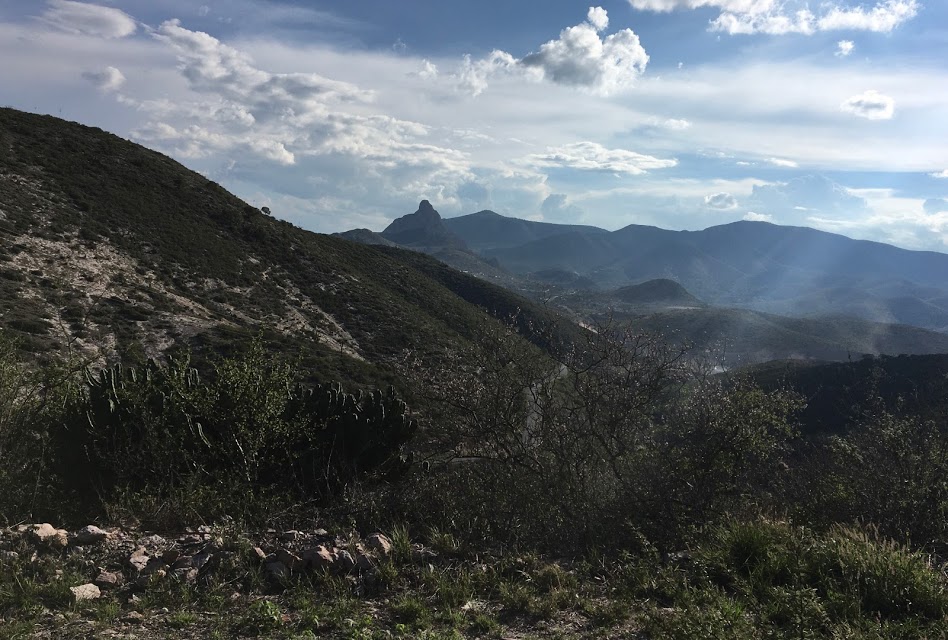 I’ll be the first to admit that trusting in God in not an easy thing. It is easy to confess that we trust God, but a whole other thing to actually do it – to step out of the boat and attempt to walk on water. What makes that step easier is knowing that it is possible. Remembering how God was faithful in a previous moment in your life, makes it easier to take another step of faith into unknown waters. So, with the story you’ll find below, I am going to do exactly that – remind myself of how God has been faithful in the recent past. You all can listen in and I hope you are encouraged as much as I am.

When we moved to Mexico, we rented out an Airbnb for a month and half so we would have time to find a more permanent house to rent. We didn’t really know how that would all work out, but it did. The first Sunday we attended a local church, which had connections with Pan de Vida, and someone from the church put us in contact with a real estate agent. Not only did she help us find a house, but she also put us in contact with a cleaning lady who worked for her and was looking for more hours. You might wonder why we would need such a luxury? Well, we wondered too, but we also knew of other missionaries who employed in-house help as one more way to make meaningful connections, as well as freeing up more time for the missionary’s wife to study the language and be involved in ministry. So, we went ahead with it.

Leo travelled 2.5 hours each way to get to our house. She was quiet and our Spanish was limited so we didn’t get to talk too much. After several months, she asked if her daughter-in-law, Megaly, could come and take her spot. For a while Megaly cleaned once a week, at times taking her 4 year-old daughter with her. Eventually she started to not show up some weeks for various reasons and in the end, stopped coming altogether without much of an explanation. Perhaps, the travel didn’t make it worth it or she found a better job – we don’t know. In any case, we didn’t hear anything from her for a number of months.

A month or so into the Covid-19 lockdown Megaly randomly texted Annemarie. After Annemarie asked her if they were doing alright, Megaly mentioned that they were struggling a bit because the lockdown had forced a lot of people out of their jobs. Annemarie put her in contact with our neighbours who are Christians and were delivering food parcels to families in need. We were thankful that through our generous neighbours Leo, Megaly, and their family could receive some help.

As the lockdown dragged on, we began putting food parcels together ourselves, with funds from the Abbotsford and Vernon Canadian Reformed churches. We were getting people coming to our door every week looking for help and we wanted to do more than giving them a few dollars for sweeping the sidewalk or cleaning the van. We contacted Megaly again and to ask if her and her family needed more help. She confirmed they did and so we planned to drive out to her place and distribute the food parcels to her family and friends.

So, one Friday a couple of weeks ago we drove an hour in the direction of the mountains, very much enjoying the escape from the city, and made our way to Megaly’s house. We didn’t quite know what to expect so we did not have much of a plan. But once we arrived, we parked our van in the courtyard and invited the people to come and fill their bags with various food items, and to take one of the Bibles we had brought. Once everyone had finished loading up, most of them stayed around waiting for something. I wasn’t sure exactly what they were waiting for, but I figured I better not waste the opportunity. With my rough Spanish I explained our motivation behind the food parcels – how we wanted to help others in a time of need, not only with food, but with the Bread of Life, Jesus Christ. Many of the people who had taken a Bible were looking at it with curiosity and interest. We are praying they would indeed read the word of God and find nourishment for their souls.

After most everyone had left, Leo and Megaly invited us in for a meal. We were most grateful for their hospitality and delighted when they invited us to return. We hope to do so soon.

We don’t know what will come of this relationship with Leo and Megaly, but are thankful for the opportunity to be a witness of Jesus to them even if it is only for a season. We could have never planned this by ourselves – it truly was God who opened this door. That gives us encouragement moving forward and reminds us to be praying for God to continue to guide and direct us. In recent weeks we have had several more opportunities to deliver food parcels and to share the word of God, and we are excited for where God will lead us in the future. And when we run into difficulties we will remind ourselves of God’s past faithfulness and trust that He’s got it all under control.